There goes my Hero........ Chesterville Collection from Blue Fern studios

Hi There, I am over on the Scrap Paper Scissors blog at the mo with one of the new Blue Fern Studio Collections....and one of my favourite men.

I am working with some of the new Chesterville Collection from Blue Fern Studios....it's a rather lovely masculine, grungy collection and it makes a really nice change from the floral and pretty paper ranges that are more often about.. 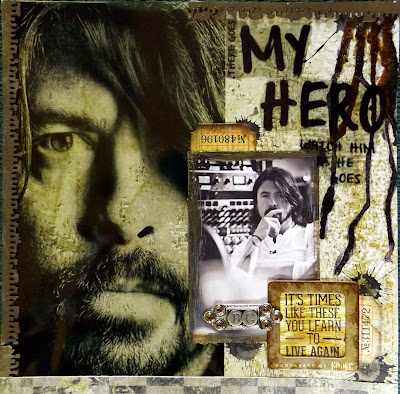 I am a huge fan of the rock band The Foo Fighters and I am particularly fond of the lead singer, Dave Grohl....a hugely talented man who writes a lot of the bands songs and music.....and I just really have a *thing* for him! It also made a change to scrap a 'non family' layout 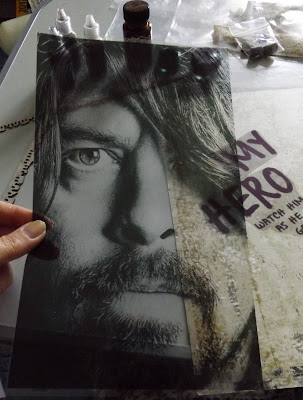 I planned using a standard 6 x 4 photo of him, but wanted also to make a big impact. Years ago I used to print a lot on acetate/transparencies and use on a layout and thought I would try that again for a change. I printed a close up of his face onto an a4 sheet and used it as a background for the layout. I also printed some of the lyrics from one of his songs onto acetate to use. 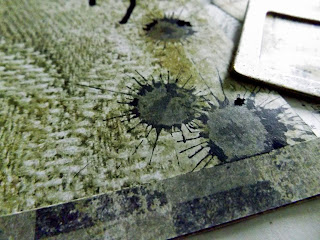 I had some chipboard edging and used some cosmic shimmer in Black Pearl and some Distress Stickles to grunge it up. I used the same colours to distress the edge of the photo, which I layered over part of the acetate. 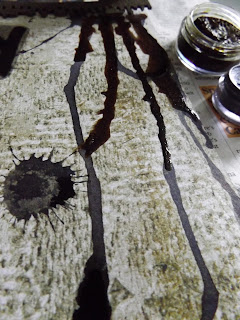 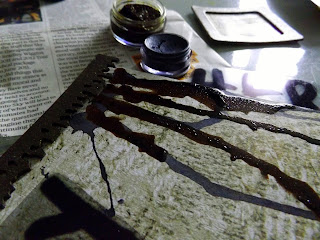 I poured some blobs of Cosmic Shimmer Inks and let it run down the layout and also dabbed some Distress Stains in various areas. I then layered up some tickets and a chipboard frame and finished the layout with a metal bookplate and some metal letter embellishments 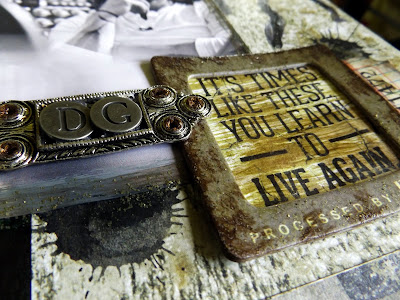 I really enjoyed making this, its made a nice change to branch out and do something different.

You can see the whole Chesterville Collection here in the shop along with lots of other delightful Blue Fern Studios products.

Anita xxThere goes my Hero
Posted by Anita at 11:00 2 comments: 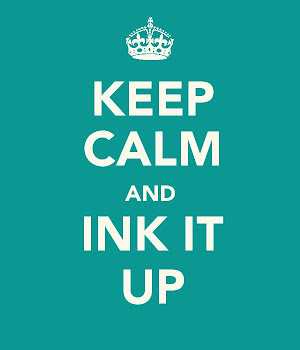 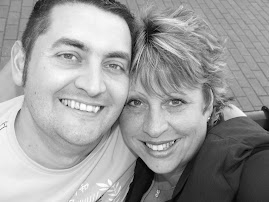